Even when I was a carnivore—which was a choice, not a condition—I couldn’t stand raw meat. Raw meat has a stink, and a neon pink-red color straight out of an acid nightmare. And though the supermarket meat section is principally stocked with muscle meat, it all looks to me like organs—human organs—brains and kidneys and livers all covered in sheets of plastic and put under lights. (Two pounds of ground beef shaped just right can look like the lobes of a human brain.)

And of course it is. It’s the refrigerated graveyard for chickens, turkeys, cows, pigs, lambs, fish, and other animals—and sometimes they leave the heads on the fish, so we can all take in the bug-eyed stare of a dead creature.

When I became a vegetarian and later a vegan I was happy to skip the meat section. The more time I was off meat the less time I could take being around it. When I would set foot in a supermarket I could easily sniff out the meat section and head in the opposite direction. Had I the choice, I would have traded those germaphobic hand wipes that they hand out at the front doors of supermarkets for a couple of barf bags, in case I had to scrape by the meat section.

I have four cats, and while it’s possible to “convert” dogs to veganism, it’s difficult if not impossible to do so with cats. Humans and dogs are omnivores. Cats are strict (“obligate”) carnivores. Though there are a scattering of people out there pushing products who claim that it’s safe and healthy turn them into vegans, I am skeptical that this is effective in practice. To say nothing about forcing a diet on an animal that is contrary to its nature.

So I have always fed them meat. Out of cans. Commercial canned food. (Dry kibble is all kinds of bad in my opinion, but I don’t have time to go into that here.)

I bought the canned food at pet stores. No meat section to circumvent.

Recently one of my cats developed a persistent health issue and veterinarian visits and antibiotics were not helping. I consulted with a homeopathic professional and she pointed to diet as the first and most important issue to address.

Her primary advice was to wean them off the commercial stuff and feed them raw or at least cook it myself.

She told me something that I had already suspected: commercial food, even the high-end/organic/grain free/“free range” (a bullshit term) stuff, is junk.

Most of the meat used in commercial pet foods is the slaughterhouse dregs—you will often read on the label in small print “not fit for human consumption.” This substandard gruel is then cooked to death to squeeze out whatever few nutrients were in it in the first place. Junk.

Cats (and dogs, for that matter) are dependent on us for their survival, since hunting for food has largely been bred out of them. That’s our fault, they had no choice in the matter. We snatched them from the wild and brought them into our homes to become our little friends. While it’s a long way from squaring things up with them, I figure the least I can do is not feed my cats the equivalent of McDonald’s every day.

So in the last month I’ve found myself trolling the meat section in the supermarkets. In fact, I’m a regular there now. I’m holding my breath against the stench and poking around all these pink cellophane-wrapped slabs of once-living things. I’m talking shop with butchers, and my desert island list of People I Do Not Want to Be Stranded With would place them just below hunters and slaughterhouse owners.

When I get home I have to prepare the meat. I add water to it and a small amount of organic vegetables, cook it in some cases (a couple of my cats are more likely to eat it if it’s cooked ), and then mix in a few supplements.

I puree the meat in the food processor and it’s messy. It splashes, spurts, and spatters, it dribbles thickly like pink-colored snot and sticks to counters, cupboards, my fingers, the ceiling, and hours later I’ll inevitably find some globule of raw meat hanging off me like alien larva.

I wash my hands every time I touch the meat—so many times that I often scrub them raw—and the stink has me gasping like I’m wading through a gas attack. I feel like I’m rooting around in radioactive Play-Doh.

In the beginning there was also a nagging fear. I was afraid that cooking the meat—the smell of it—would somehow awaken old carnivore “instincts” and perhaps transform me into a drooling, gibbering, meat-crazed Neanderthal. Is eating meat like an addiction that I could easily slip back into? I suspect that meat eaters think that this is exactly what would happen to a vegetarian or a vegan in a weak moment.

I realized that using commercial canned pet food all these years was yet another way to remove myself from the animal doomsday machine that is the meat industry. Another way to disconnect my appetite—or in this case, the animal’s appetite needs that I’m taking care of—from the pain and suffering of the dead animal on the plate.

Or in the can. The meat in canned pet food is cold, it’s cooked, it’s processed—so it looks, smells, and feels less like what it really is—dead animals. (The meat in dry kibble of course is also dead animals, and even more disconnected from reality, since it’s molded into shapes that look like children’s cereal niblets.)

That cooked pet food in the can is a neat round shape but it’s just as ugly as the raw pink stuff: the main ingredient for some commercially processed canned chicken food for dogs, for example, is baby chicks tossed into a meat grinder. They’re alive when they’re thrown in. 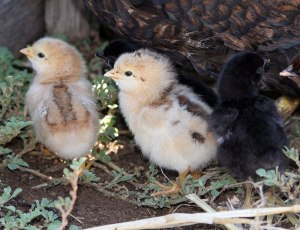 After only a few days on the fresh meat—mostly raw, some of it cooked—my sick cat’s health improved (though his condition hasn’t disappeared completely). It wasn’t a slight improvement, either. It was dramatic—he went from a low-energy sulker to a bouncing-off-the-walls cat more typical of his young age, and his coat became softer and shone like peacock feathers. I’ve since transitioned all of my cats off of commercial food for the most part, and they all look better.

But every time I go to work in the kitchen, mucking around in that repulsive pink slurry, I think of living, breathing, feeling, suffering animals. This is precisely how my brain is wired now: show me a piece of pork and I think of Babe. Getting shot with a nail gun.

I became a vegetarian because I woke up. I became aware that I was living a paradox: the animal lover who eats animals. I could not live with this anymore and I needed to change. It was one of the best decisions I’ve ever made about anything.

I love my cats and I would do anything for them.

All animals deserve to be spared these fates.

Except, apparently, the animals that are murdered to feed my cats.

Dealing with raw meat every day has allowed me to see the truth. The truth is an ungodly pink color, and it has a stench.