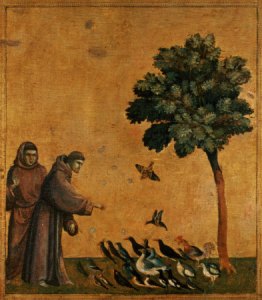 I have heroes that inspire me for all my passions: writing, film, baseball, among other things. Raymond Carver wrote “Cathedral,” Sam Peckinpah directed The Wild Bunch, and David Ortiz won more playoff games for the Boston Red Sox than I can count.

But none of those heroes, that I’m aware of, have actually saved lives.

My vegetarian and vegan heroes do save lives. On average, one hundred lives are saved per year by each person who makes the choice to not eat animals.

So I want to honor them by listing some of them here. These are the people that inspire me.  These people remind  me how important my initial decision to become a vegetarian (now a vegan) was, and how this choice goes beyond my personal beliefs and is, in fact, an act of service to my fellow animal creatures and to the world.

Most of these people have made this choice for their own personal and ethical reasons. Some have done it for their health or even the survival of the planet.

Perhaps some of these names will inspire you. Or surprise you—many of them surprised me. Some of the names will show you that vegetarianism has been around for as long as people have been eating meat—it’s not some foofy recent trend.

If there is a “v” in parentheses next to a name then that means the person is a vegan. Some general definitions of the difference between a vegetarian and vegan:

Vegetarian: Does not eat meat, fish or poultry but they tend to consume dairy products and eggs.

Vegan: Will not eat any animal product (so no dairy or eggs) or participate in any activity that involves the exploitation of animals. Generally, the reason people choose to work toward becoming vegans is simply to do the least harm to animals (or to eat as healthy as possible).

Don’t let definitions get in the way though. Heroism isn’t accomplished by wearing some “vegan” medal, it’s for taking concrete actions that save animals. Abstaining from meat for even a day is a positive action.

This list is not meant to be comprehensive and reflects my own personal and biased awareness. They’re in no particular order other than numerical and under general categories of professions or callings. As a matter of fact, I saved the animal advocates—the people who go the extra mile for animals, besides just choosing not to eat them—for last. To me, they’re the most heroic.

“I believe we are all sleepwalking over a cliff if we don’t do this.”

“I drove through the stockyards of Texas on a motorcycle. It doesn’t let you escape what surrounds you and what it smells and feels like—and what hit me was the realization that something that was alive and had feelings will suffer before a piece of it is placed on our plates.”

“I forced myself to watch a documentary called Earthlings, and it’s inside footage of factory farms, and dairy farms, and… you just see that, and you go, I can’t participate in that… I can’t imagine that if you’re putting something in your body that’s filled with fear or anxiety or pain, that that isn’t somehow gonna be inside of you…”

“That’s something I’ve noticed in my work with kids. When they first discover the connection between meat and animals, many children get very concerned about it.”

“If slaughterhouses had glass walls, everybody would be vegetarian.”

“If you don’t want to be beaten, imprisoned, mutilated, killed or tortured then you shouldn’t condone such behaviour towards anyone, be they human or not.”

“…The more I opened myself up to the idea of the full scope of exactly what non-violence translates to, the less interested I became in consuming the energy associated with the flesh of an animal that only knew suffering in his/her life and pain and terror in its death. The more I learned about factory farming and the cruelty animals raised for food must endure before they are led (or dragged) to slaughter, the more I realized that I could not, in good conscience, be a contributor to such violence…”

“One should not kill a living being, nor cause it to be killed, nor should one incite another to kill. Do not injure any being, either strong or weak, in the world.” 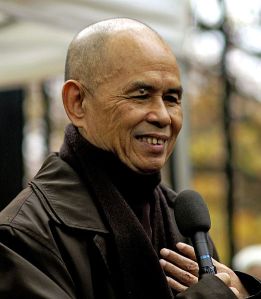 “Just as feminists proclaimed that ‘rape is violence, not sex,’ vegetarians wish to name the violence of meat eating. Both groups challenge commonly used terms… Just as all rapes are forcible, all slaughter of animals for food is inhumane regardless of what it is called.”

“Whenever people say ‘We mustn’t be sentimental’ you can take it they are about to do something cruel. And if they add ‘We must be realistic’ they mean they are going to make money out of it.”

“I stay vegan for the same reasons I went vegan in the first place, to cause the least amount of harm as possible, to animals, the planet earth, and myself, physically and spiritually.” 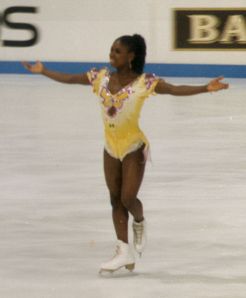 “The meat industry cons people into thinking you must eat decaying rotting flesh to get your protein. Bullshit, that’s a lot of baloney. Big, healthy, strong animals get their protein from vegetarian sources…” 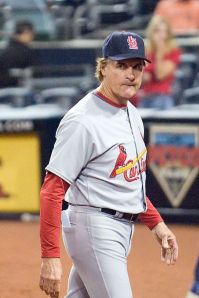 “Non-violence leads to the highest ethics, which is the goal of all evolution. Until we stop harming all other living beings, we are still savages.”

“Nothing will benefit human health and increase chances of survival for life on earth as much as the evolution to a vegetarian diet.”

“I would ask… why the vast majority of people are not vegetarian. I think the answer is that most people don’t question the practice of eating meat since they always have. Many of these people care about animals and the environment, some deeply. But for some reason—force of habit, cultural norms, resistance to change—there is a fundamental disconnect whereby these feelings don’t translate into changes of behavior.”

“My body will not be a tomb for other creatures.”

Albert Schweitzer. from Wikipedia http://tinyurl.com/ngefbjw by The German Federal Archives

“Think occasionally of the suffering of which you spare yourself the sight.”

“I became a vegan the day I watched a video of a calf being born on a factory farm. The baby was dragged away from his mother before he hit the ground. The helpless calf strained its head backwards to find his mother. The mother bolted after her son and exploded into a rage when the rancher slammed the gate on her. She wailed the saddest noise I’d ever heard an animal make, and then thrashed and …dug into the ground, burying her face in the muddy placenta. I had no idea what was happening respecting brain chemistry, animal instinct, or whatever. I just knew that this was deeply wrong. I just knew that such suffering could never be worth the taste of milk and veal. I empathized with the cow and the calf and, in so doing, my life changed.”

“Atrocities are not less atrocities when they occur in laboratories and are called medical research.”

70. Upton Sinclair, author of The Jungle, a very early expose of factory farming

71. Isaac Bashevis Singer, winner of the Nobel Prize in literature:

“In their behavior toward creatures, all men are Nazis. Human beings see oppression vividly when they’re the victims. Otherwise they victimize blindly and without a thought.”

“A man can live and be healthy without killing animals for food; therefore, if he eats meat, he participates in taking animal life merely for the sake of his appetite. And to act so is immoral.”

“The greatness of a nation and its moral progress can be judged by the way its animals are treated.”

“The notion that you need animal food as protein is one of the great conspiracies of bullshit by the government. Did we not all grow up saying we had to have four glasses of whole milk a day for healthy bones? It’s ridiculous. It’s liquid cholesterol.”

“We are told we are being ’emotional’ if we care about a chicken and grieve over a chicken’s plight. However, it is not ’emotion’ that is really under attack, but the vicarious emotions of pity, sympathy, compassion, sorrow, and indignity on behalf of the victim, a fellow creature—emotions that undermine business as usual. By contrast, such ‘manly’ emotions as patriotism, pride, conquest, and mastery are encouraged.”

“We do not need to eat animals, wear animals, or use animals for entertainment purposes, and our only defence of these uses is our pleasure, amusement, and convenience.”

“It’s just the way things are. Take a moment to consider this statement. Really think about it. We send one species to the butcher and give our love and kindness to another apparently for no reason other than because it’s the way things are. When our attitudes and behaviors towards animals are so inconsistent, and this inconsistency is so unexamined, we can safely say we have been fed absurdities. It is absurd that we eat pigs and love dogs and don’t even know why.”

“I have seen a lot of animals die. And I will tell you that once you go into a slaughter plant, once you see what is happening there, it’s branded on your soul. You are never gonna walk away from that again. I can tell you vividly the memories I have of the looks of the animals at the time when they were killed.”

“We are not encouraged, on a daily basis, to pay careful attention to the animals we eat. On the contrary, the meat, dairy, and egg industries all actively encourage us to give thought to our own immediate interest (taste, for example, or cheap food) but not to the real suffering involved. They do so by deliberately withholding information and by cynically presenting us with idealized images of happy animals in beautiful landscapes, scenes of bucolic happiness that do not correspond to anything in the real world. The animals involved suffer agony because of our ignorance. The least we owe them is to lessen that ignorance.”

(crushed to death by truck while protesting on behalf of animals)

I’ll leave with one last hero, Saint Francis of Assisi, the “patron saint of animals,” and the saint who the current Pope honored by taking his name. It’s not clear whether he was a vegetarian, but he was definitely a hero for animals. He said this:

“Not to hurt our humble brethren (the animals) is our first duty to them, but to stop there is not enough. We have a higher mission – to be of service to them whenever they require it… If you have men who will exclude any of God’s creatures from the shelter of compassion and pity, you will have men who will deal likewise with their fellow men.”